Tungsten pentachloride is a chemical vapor deposition material used in semiconductor chips for tungsten connection on the PN junction. The essence of the material requirements is that it is free of impurities and high-purity gasification. From the 1980s to the 1990s, WF6 became the first choice for semiconductor materials. Because WF6 is gaseous at room temperature, it is easy to realize the vapor deposition reaction (WF6+H2→W+HF). In order to meet the requirements of high integration, volume reduction, multiple functions, and multiple transistors in the development of chips, the stacking method of PN junctions in the chip is required to be changed from the form of square three-dimensional stacking image 3-D surrounding stacking, making the area larger and smaller. In this way, the number of PN junctions per silicon wafer area is more, the density is greater, and the silicon wafer is thinner. In this way, the corrosion problem of F on Si must be considered (the by-product after WF6 vapor deposition is HF, and the by-product of WCl5 is HCl, the former is more corrosive to Si), and the PN connection resistance made by WF6 is large, and the stability and reliability are weak. As the density increases to a certain extent, when the width of the coil is 10nm, tungsten pentachloride must be used as the raw material for tungsten connection. 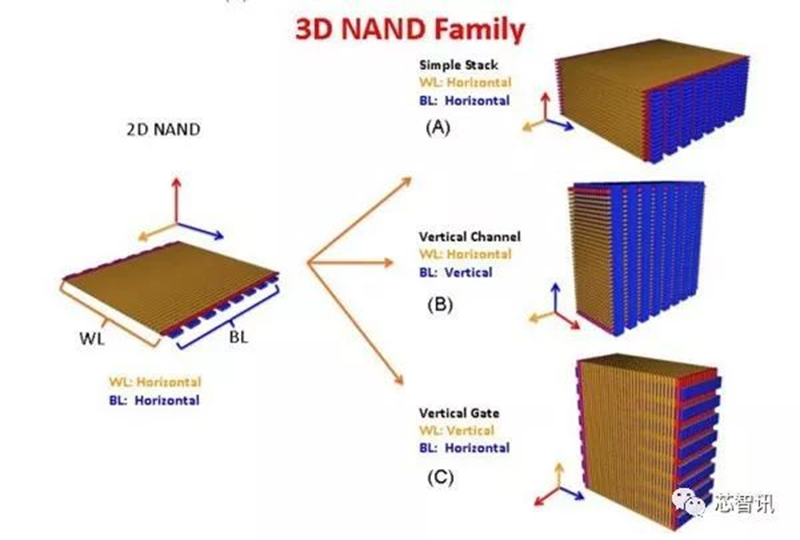 The strength of the semiconductor materials industry presents a "national team" market pattern. At present, Apple’s chips are fully entrusted to Taiwan Semiconductor Manufacturing Co., Ltd. (TSMC, Taiwan Semiconductor Manufacturing Co., Ltd.); Samsung’s chips mainly rely on its own chip company, Samsung Electronics, South Korea. Computer chips generally rely on Intel Corporation of the United States (Inter), and most of the chips used by Japanese companies come from Toshiba (Toshiba). The purity of the tungsten pentachloride material prepared by Huajing is as high as 6N, and the product quality has been recognized by end customers in Korea and Japan.
The analysis results of the product are as follows: 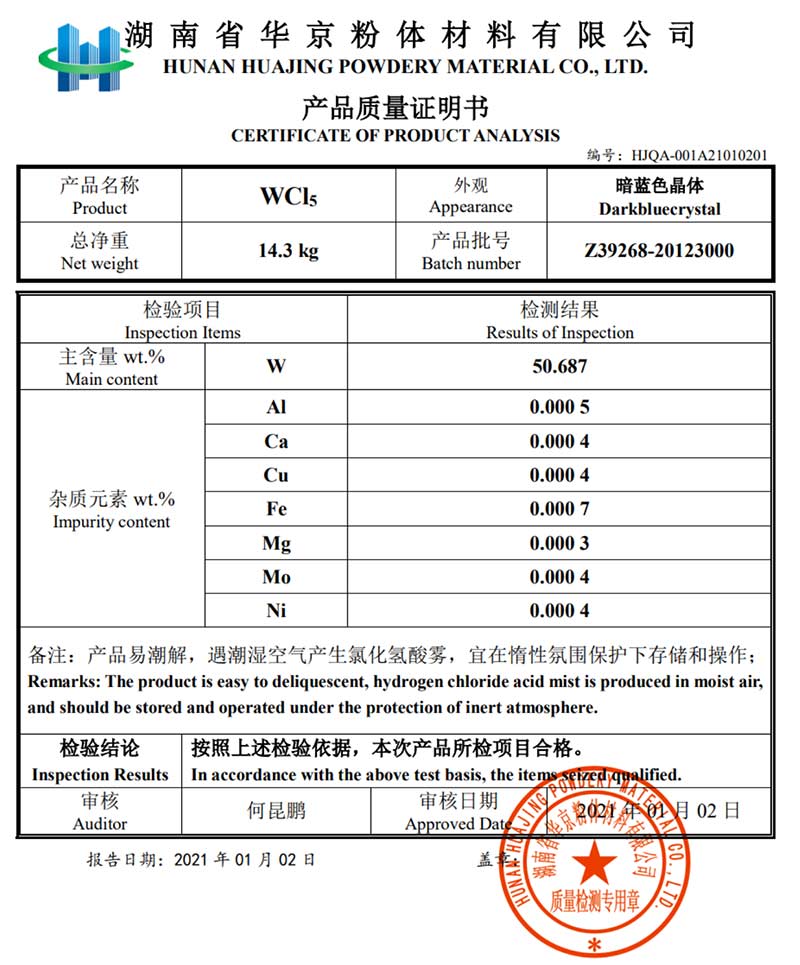